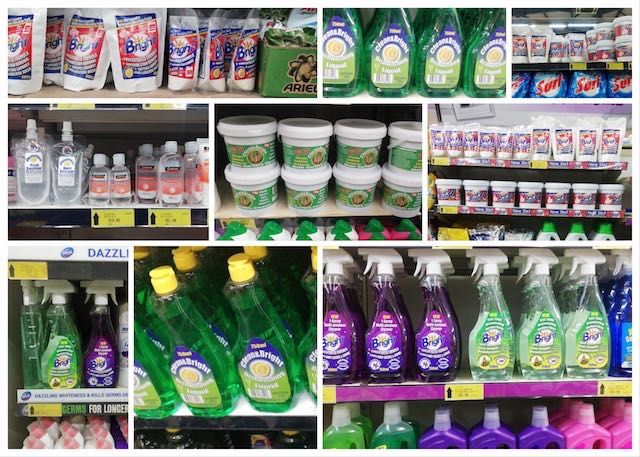 Durban-based Shangase Brands has its sights set on establishing its home and personal care brands, as the products of choice in every home in Southern Africa and beyond. The woman behind this growing business is 54-year, KZN-born, Bongi Shangase, a qualified chemist and co-founder of Shangase Brands. Shangase’s passion for consumer goods products was initially fuelled during her tenure with global household brand giant, Unilever, where she spent over 10 years in product development and later, in direct sales. In 2008 she branched out on her own to pursue her entrepreneurial aspirations, initially developing and selling her own range of cosmetics. In 2013 Shangase came across a sample of a branded detergent paste that sold millions of units in Central Africa and soon began testing and improving the product formulation to adapt it for the local and Southern Africa market. The fledgling company initially kicked off production in a small manufacturing plant, which was set up in a garage, and continued to formulate, develop and test the product and the “paste” concept. “We went through numerous development cycles from 2013 to 2015. In 2016, together with my business partner, we finally launched a significantly improved stain removal product that was far superior to what was then available in Central and Southern Africa", says Shangase. “We initially tested the new formulation product amongst consumers groups within a small test market in Durban. The resounding positive feedback and return business gave us confidence that the OhSoBright laundry detergent paste could indeed compete with household detergent brands in the local market,” Shangase added. The biggest challenge that the challenger brand faces is convincing retail buyers that an emerging laundry paste can be competitive against more established brands on the shelves. "The use of laundry paste is a new concept in South Africa and a tough concept to sell in a very established powder detergents market. We know that our product performs better than many powder detergents currently on the market, but retail buyers are not always willing to give us the opportunity," Shangase comments. The product’s first big break into the mass market came when Masscash agreed to list OhSoBright in the wholesale division in KwaZulu- Natal. This opened the door to various independent family and wholesale stores also stocking the product and allowed the brand to slowly build credibility amongst customers. The manufacturing of OhSoBright employs 59 people and an ISO9001-2015 accredited factory. OhSoBright products are currently sold regionally in SPAR, Choppies, Saverite, Jumbo cash and Carry, TFS and a number of other independent stores. They have also been exported to Namibia, Malawi, Zimbabwe, Swaziland and Botswana. In 2019 the product range was extended to include dishwashing liquid, tea tree gel, a multipurpose spray and a motor vehicle shampoo. Prior to the Covid19 outbreak, the company also introduced its “Clean & Fresh” hand sanitizer which was launched with great success.